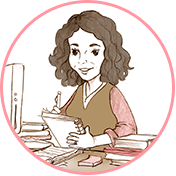 Writer and creator of LOL

Director, producer and actor Elizabeth Gorcey has expanded her repertoire to book publishing with the LIV ON LIFE (”LOL”) children’s book series. The six-book series is written from the endearing perspective of Elizabeth’s daughter, Olivia, who shares her insights and observations on modern-day life. The message is clear… in a high tech and fast-paced world, kids are still the best teachers to remind adults of the simple joys in life.

After a successful career acting in such films as FOOTLOOSE, TEEN WOLF, and TV series such as HIGHWAY TO HEAVEN, BEAUTY & THE BEAST, and MAX HEADROOM, Elizabeth dove into work behind the camera. She is currently working on a documentary she directed and produced call HOW OLD IS OLD? with Tony Curtis, Doris Roberts, Judge Judy and Tony Bennett.

Elizabeth currently lives in LA with her family. When not making films or publishing books, she works diligently on her non-profit art program for terminally ill children called the CARING STROKES ART PROGRAM. 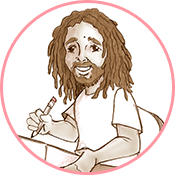 Children’s book illustrator and artist, Kajiah Jacobs, began the concept art and draawings for the LIV ON LIFE (LOL) book series in 2013.

In addition to illustrating art for children’s books, Kajiah also paints murals on the walls of Los Angeles museums.
Born and raised in Hollywood, California, Kajiah studied art at UCLA and the American Animation Institute in Burbank. He was inspired to draw and paint at a young age by his mother who was an artist and often used him and his sister as her art subjects. 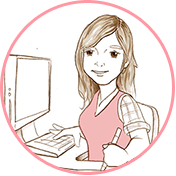 Robin joined LIV ON LIFE (LOL) in 2013 as the book designer – designing the cover and book layouts. She is the founder & principal of hundreds & thousands, which specializes in fine book design, print and packaging. Robin’s book designs have appeared in Made Magazine, Junior Magazine and Inside Magazine, and have been featured in How Magazine’s “International Design Awards” issue. hundreds & thousands has been recognized twice by the American Institute of Graphic Arts for the “Best Book Designs” in 2005 and 2008 and by the Alcuin Awards for Excellence in Book Design in 2002, 2003, 2006, 2008, 2010 and 2012.

Robin has also produced, jointly with Judith Steedman, a series of children’s books (WINDY, SUNNY, SNOWY & CHINOOK AND FOGGY). The series is currently being produced as a digital series with Loud Crow Entertainment. She is also currently working on a new series of print books called THE AUGGIE BOOKS.

Robin lives in Vancouver, Canada with her husband, Brady, and her son, Henry.